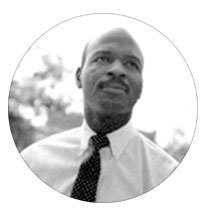 “It’s The Best Job In The World. You Can’t Help But Love These Kids.” – Roy Dunbar

Roy Dunbar was born on December 22, 1967, to Jeannie Dunbar and Roy Thomas in Swainsboro, Georgia. The family moved to Chicago when Roy was still a small boy. Roy was proud to be a part of a large and loving family.

At the age of 16, Roy began what was to become his life’s work when he began as a junior staff member at his beloved Off The Street Club, where the children would come to call him “Professor,” perhaps because of the degrees he eventually earned in child psychology and early education, but more likely because of his unquenchable desire for knowledge. Officially, Roy was supervisor of the Arts and Crafts Department of the Off The Street Club on the West Side of Chicago.

But when the Off The Street Club entered the Soap Box Derby, Roy knew very little. As the liaison for the club and the kids, however, Roy made it his mission to learn all about it—so much so, that not only were they contenders in the derby, but also they won the decoration phase of the competition. It was Roy, and the Club’s, crowning achievement in the Soap Box Derby competition. Roy’s excitement for the world around him was contagious.

Roy was an expert at more than molding clay and building derby cars; Roy helped mold kids into fine individuals. Roy was quick to point out that they molded him, too, like the time when a child was on the verge of being removed from the Club for causing problems. The child came to Roy with a basket full of folded papers. The papers had verses on them, including “To err is human, to forgive divine.” He was touched—something that happened frequently, according to Roy.

Roy was called home on September 25, 1999. He leaves behind a lasting legacy of service to the children who adored him and to a community and, indeed, a city that will remain more humane because of being graced by the presence of Roy Dunbar for 31 memorable years.

Roy, we miss you.